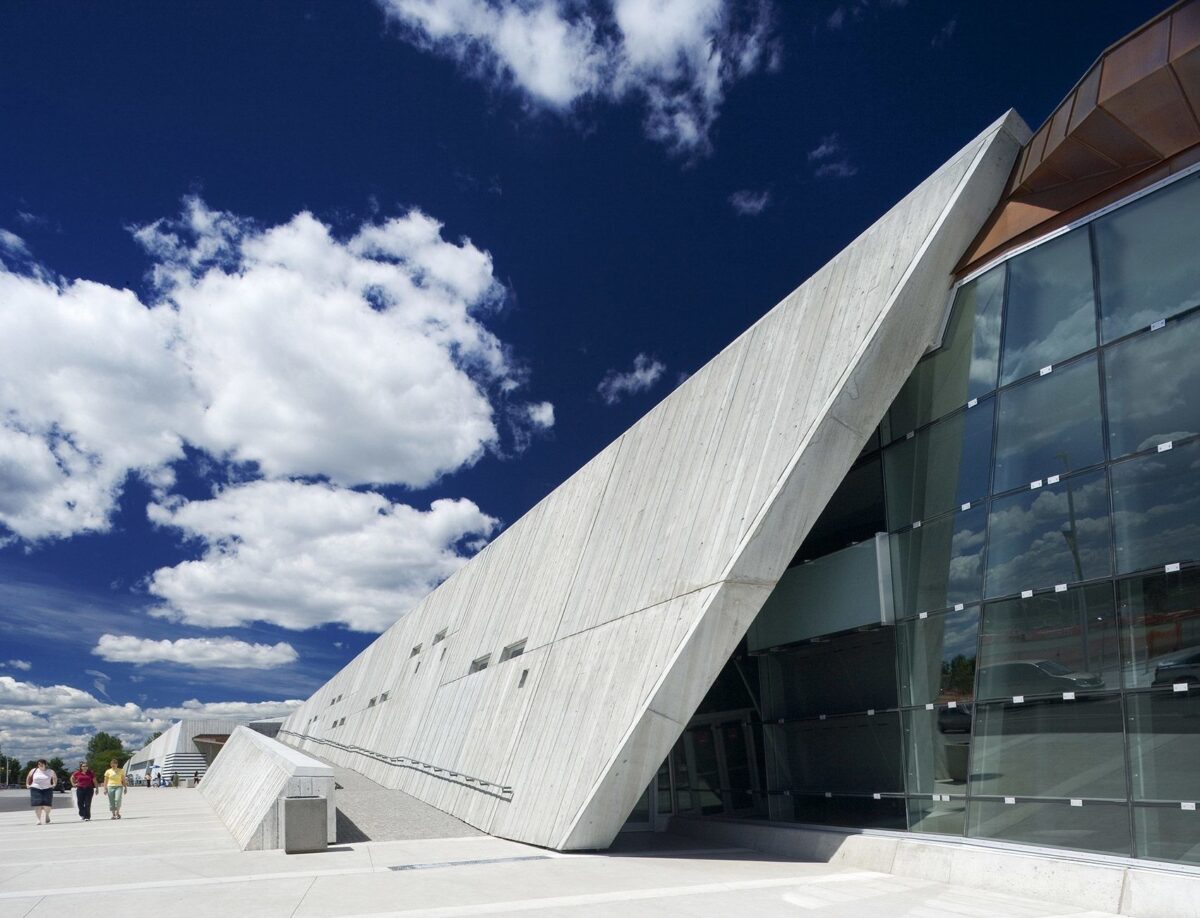 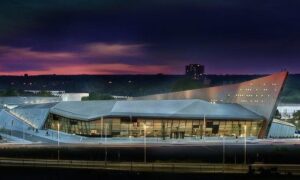 Located on the Ottawa River west of Parliament Hill, the War Museum building which opened in 2005, emerges eastward from the ground, with textured concrete reminiscent of a bunker, but with rooftop gardens consistent with the museum’s theme of regeneration. The building rises to a large fin, clad in copper that matches the rooftops of other prominent public buildings in the capital. The small windows on the fin spell out in Morse code: “Lest we forget” (in English) and “N’oublions jamais” (in French).

Due to the bunker-like low slope roof lines and series of shallow roof access “trenches” at roof perimeters, it was determined that a fully engineered horizontal cable lifeline system was required to safely accommodate roof inspection, green roof access and general roof maintenance. The permanently installed, multi-span anchored cable serves as an attachment point for both travel restraint or fall arrest lanyards. The cable systems (8 total) provide safe horizontal mobility over extended distances for workers while working close to the vertical drops at roof edges. Single point fall protection anchors along entire work zones were not feasible due to the danger of swing fall hazards in the event of a fall.

The Pro-Bel horizontal lifeline is a “Hands-Free” type consisting of a stainless steel 5/16” (8 mm) cable system employing a runner that follows the worker along the cable and mechanically bypasses the intermediate brackets mounted on top of anchor posts without disconnecting thereby providing continuous “hands-free” protection regardless of travel surface geometry. Workers can also turn corners without disconnecting.

Note: Although the “War Museum only required inclined application, vertical and arched systems are also available. The small punched windows in the large copper fin are accessed for cleaning using both a horizontal lifeline to the top of the fin and a bosun’s chair supported from single point anchors at the top of the fin. 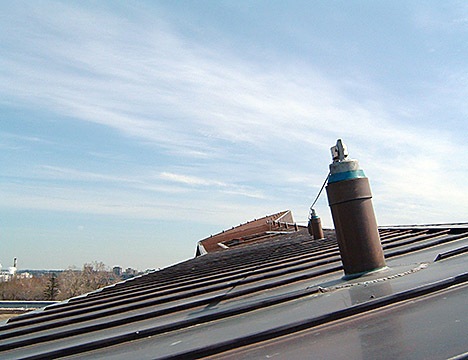 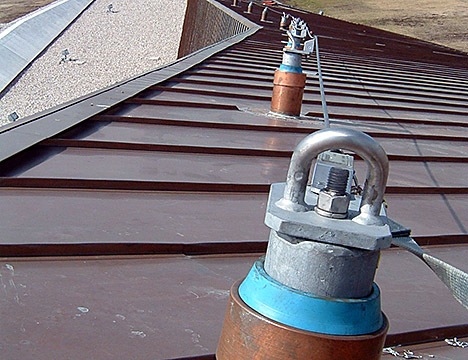 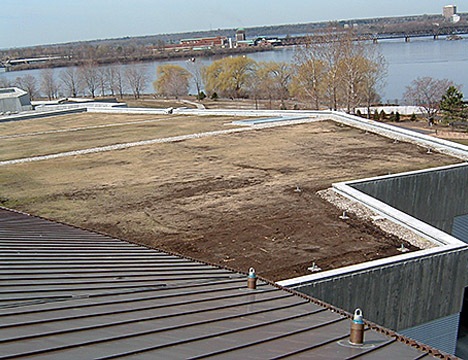